In the Blank Shores backstory (bit.ly/blankshores), Emily and Connor experienced the tragedy of their baby being stillborn.  Rather than consoling one another and healing through honest communication, a distance grew between them.

Dealing with baby loss can profoundly affect people’s mental state.  Poor mental health is a central theme of Blank Shores.  We want the film to not only entertain and have artistic merit, but also raise awareness and generate understanding and empathy.  We believe the film has the capability to move people and provoke meaningful conversations.

2.6 million stillbirths occur annually worldwide.  Although 98%* take place in low and middle income countries, stillbirth affects even the most advanced countries and in devastating numbers. *(Statistic obtained from The Lancet).  Every 90 minutes in the UK a family is faced with the death of a baby before, during or soon after birth. (Statistic obtained from the Office for National Statistics). 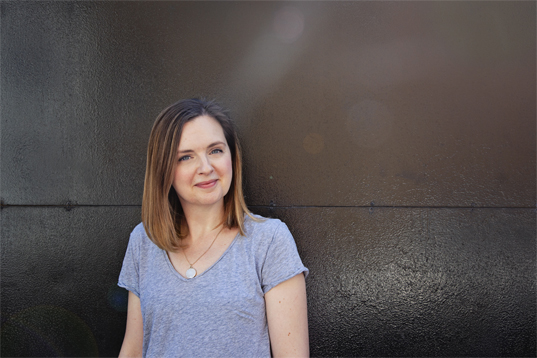 Today we welcome Michelle Tolfrey, a clinical psychologist and mother to Orla, who was stillborn at full term, and Esme who was born 11 months later.  Since 2016, Michelle blogged on fromtheotherchair.co.uk about baby loss, and the everlasting ripples that child loss has on life, parenting and mental health from both her personal and professional perspective.

From the success of the blog, she has been invited to talk and write about her experiences in a number of forums including live national television, radio, podcasts, printed and online publications, panel events and conferences.  In 2017, Michelle was awarded the Mum’s Voice Award from the charity Tommy’s for her work within the baby loss community. fromtheotherchair.co.uk has brought together a large support network of grieving parents, helping people realise you don’t have to suffer in silence.

We asked Michelle some questions about her personal experience of baby loss:

Could you describe your state of mind when it was confirmed that Orla had died?

It was such a surreal moment that it is almost impossible to describe in words.  I knew before the doctor confirmed Orla’s death; seeing her motionless on the ultrasound monitor, floating silently inside of me, I just knew in that moment that my life was about to change irrevocably.  In some ways I felt everything and nothing all at once – numbness and overwhelming terror. My mind was spinning with thoughts of ‘what ifs’, as I tried to convince myself it was all a terrible mistake or a dream.  But the overriding feeling was that of guilt, responsibility and of shame.  It took me a long time to allow myself to really connect with the sadness of what had happened, because the sense that I had let everyone else down, including Orla, was just all consuming.

Before you were told that Orla had died, were you prepared for the possibility of baby loss?

I had experienced an early loss almost exactly a year before as a result of an ectopic pregnancy.  I had emergency surgery, lost a tube and was sent on my way with a leaflet explaining what I had experienced and how I might feel afterwards.  So when I fell pregnant with Orla, I was understandably anxious that the same could happen again.  But as the weeks progressed and early scans detected a baby in the right place with a heartbeat, my anxiety faded away.  I guess I knew somewhere in my mind that babies can and do die and that things can go wrong during labour that result in catastrophic outcomes.  But I honestly had no idea that a healthy baby could die without warning at the end of a low risk and uneventful pregnancy.  I think this is what can make stillbirth so traumatic – the fact it can happen to anyone and it can happen at the final hurdle without any clear explanation and so little warning.

How supportive were those around you at the time?

I was very lucky to have very supportive family and friends and I’ll always be grateful for those who were able to be there for me even though they were clearly grieving too.  I will never forget those people who came and sat with me and held my hand even when I had nothing to say.  The people who asked to see photos and showed love and compassion towards a baby they would never meet.  I know that not everyone in our position has support around them, so I will never take what we had for granted.

Could you share your immediate and ongoing means of coping with your tragic loss?

Learning to live alongside grief is a complex and ever changing process.  It is unique to each individual and for that reason there is no right or wrong.  In the early days I needed a focus: I made things to symbolise Orla so that I could have a piece of her memory in every part of my life.  I lost myself in creative projects, sewing cushions and curating albums from the few photos we had of her.  I started blogging and fundraising, including supporting my husband Andy in cycling the West Coast of America just three months after Orla’s death.  I used all of this to run away from the pain of grief that was nipping at my heels until I could do that no longer and had to succumb to the reality of life after loss.

Now I have learnt to check in with myself, to allow myself to feel whatever I am feeling and to know my limits.  I say no to things if it feels too much, and I never allow myself to be forced into feeling or acting in a certain way.  I invite joy into the life and do not feel guilt for this, but I equally allow myself days when grief hits and I connect with the sadness and reality of what we have been through.  Therapy has taught me to be compassionate towards myself but that I am also worthy of the compassion of others.  Orla’s death left me riddled with shame, so this has been a long and complicated journey, but it is one that has been worth the tears and pain.

Did you feel anxious when you were pregnant with your second child, Esme, and if so how did you manage this?

Pregnancy after loss is a terror like no other I’ve ever experienced.  Every single twinge, every quiet moment, every time you go to sleep and every time you wake up, you are filled with the fear that this baby will also die.  It is a marathon and the only way I found to get through it was to set small goals.  Sometimes this would be to get through to the next scan or midwife appointment but sometimes it would be to get through the next hour.  I relied on the reassurance of hearing the baby’s heartbeat, but this reassurance would be short lived; sometimes it would last a few days, sometimes for just a few moments.  The line between life and death had become so fine that every single moment of stillness felt as though it may signal the end of this pregnancy.

I actually returned to work during Esme’s pregnancy and savoured the distraction that this gave me.  For periods of the day I could be outside of my own head and able to pretend that I was living a normal life in which babies did not die.  I went back to yoga and I attended a Mindfulness course (Mindfulness Based Stress Reduction), both of which helped me to connect with how I was feeling and to identify what I needed.  I realised that fighting the anxiety and pushing away the fear was just unrealistic – learning to befriend it and using it as information about what I needed was the only way to get through those nine months.

Did your experience as a clinical psychologist help with the grieving process?

I’m not sure that being a psychologist helps you to cope any better, because grief is a process that we all have to experience at some point.  There were probably some aspects of pain and suffering that I could understand more because of the work that I do, but it didn’t make it any easier.  For example, knowing that I would find a way to live alongside my grief and that it wouldn’t always feel so raw was something that allowed me to see a tiny light in the future.  However, I actually think that my personal experience of loss and grief has actually had a more profound impact on me as a psychologist and I certainly have a deeper empathy and compassion than I had previously.

Why is loss so complicated to handle and why do so many people stay silent on the topic?

Death is a tricky subject and one that so many people want to avoid.  I think primarily it is the fear of upsetting the person who is bereaved, but I also think confronting death is very uncomfortable for many because it is something that we know will affect us all at some point in our lives.  Baby loss is the coming together of new life and death and I think that is so overwhelmingly confusing and tragic that people often want to pretend that it doesn’t happen.

I do also believe that we live in a culture where human suffering of all kinds is denied and ignored and as a result, we have been encouraged to stay silent and hide our pain.  When we start to talk, we may often be met with platitudes (e.g. “at least you can have another”, “don’t worry, you’ll be okay”) that only serve to end conversations rather than continue them.  What we really need is for people to be willing to sit and listen, to ask open questions and to look into our eyes when we talk.  I think ultimately, we all need to overcome our fear of talking about emotions and know that the world won’t end if we ask someone how they really are and they don’t answer with “I’m fine!”

What is your new venture Talking Heads?

Talking Heads is a psychology service that offers private therapy and workplace mental health services.  We are a social enterprise, which means that we have pledged to dedicate some of our resources to helping others.  Therefore, in addition to our paid for services, we will be developing and delivering some community based therapeutic groups for bereaved parents that will be free of charge.  Leaving the NHS and setting up my own practice has been a huge step for me, so it is important to me that I continue to be able to support communities in need.

For further support and resources there is a list of websites on Michelle’s blog: www.fromtheotherchair.co.uk/baby-loss-support-and-resources/

If you or someone you know is struggling with their mental health, you can read about sources of support on Michelle’s blog: www.fromtheotherchair.co.uk/asking-for-help/